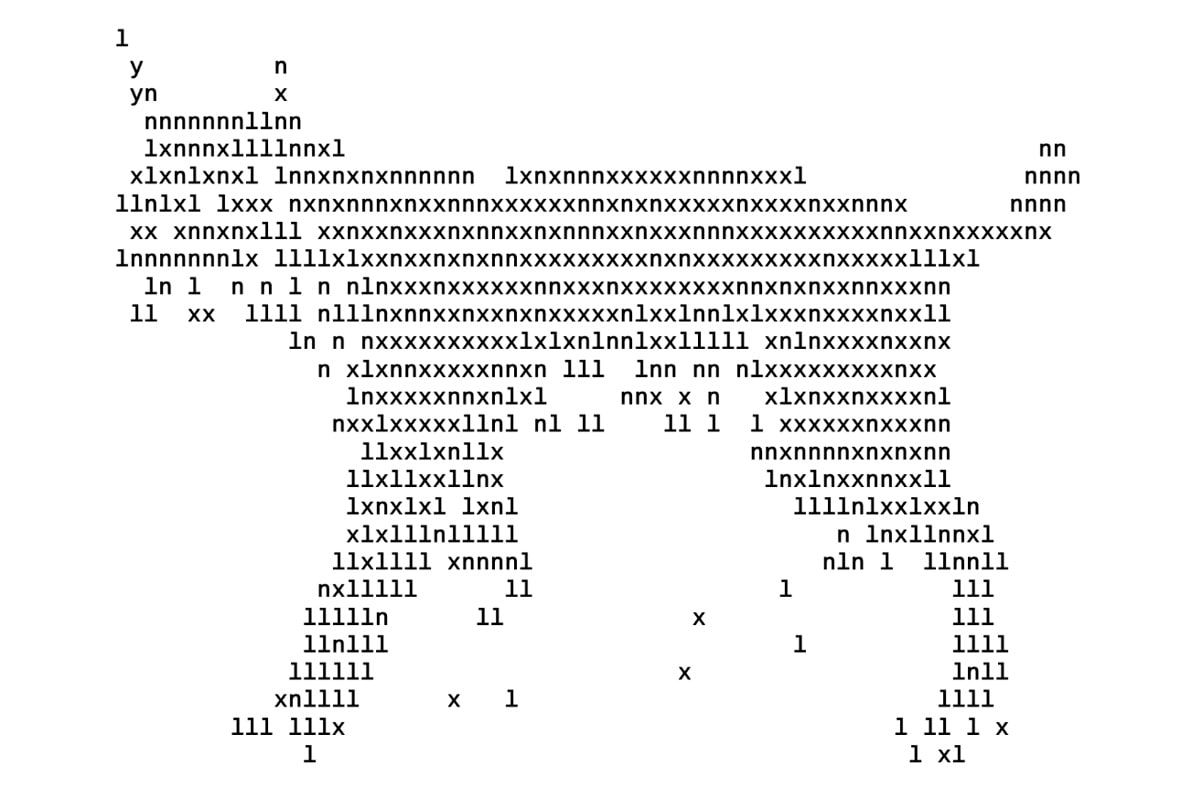 I was inspired by Lewis Thomas’s wonderful comparison between human speech and the pursuits of social insects:

Language is, like nest building or hive making, the universal and biologically specific activity of human beings. We engage in it communally, compulsively, and automatically. We cannot be human without it; if we were to be separated from it our minds would die, as surely as bees lost from the hive.

[…] New ways of stringing words and sentences together come into fashion and vanish again, but the underlying structure simply grows, enriches itself, and expands.

Ant nests accrete from the tiny bits of earth that each worker carries in its mandibles. In the concrete poems generated by this program, sculptural forms are shaped by the dirt clods of language — the letters of our alphabet. 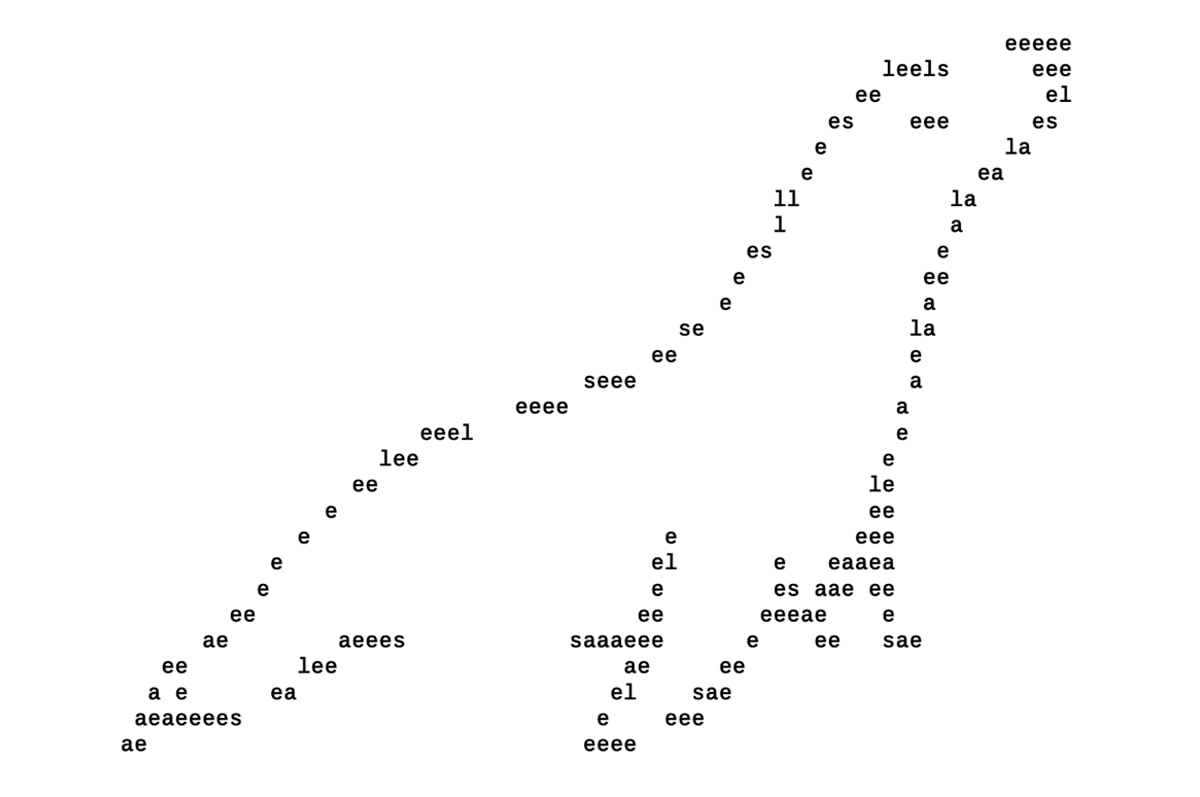 Each time the program is run, a number of animal species are randomly selected from a list; the letters in each species’ name is sorted according to character density (e.g. seal → slea); a photo to represent each animal is found by searching Google Images; and finally, the reordered letters are mapped to the pixel intensities of the found images.

You can see example output here and here, and the code here.