Translating an ancient play into birdsong 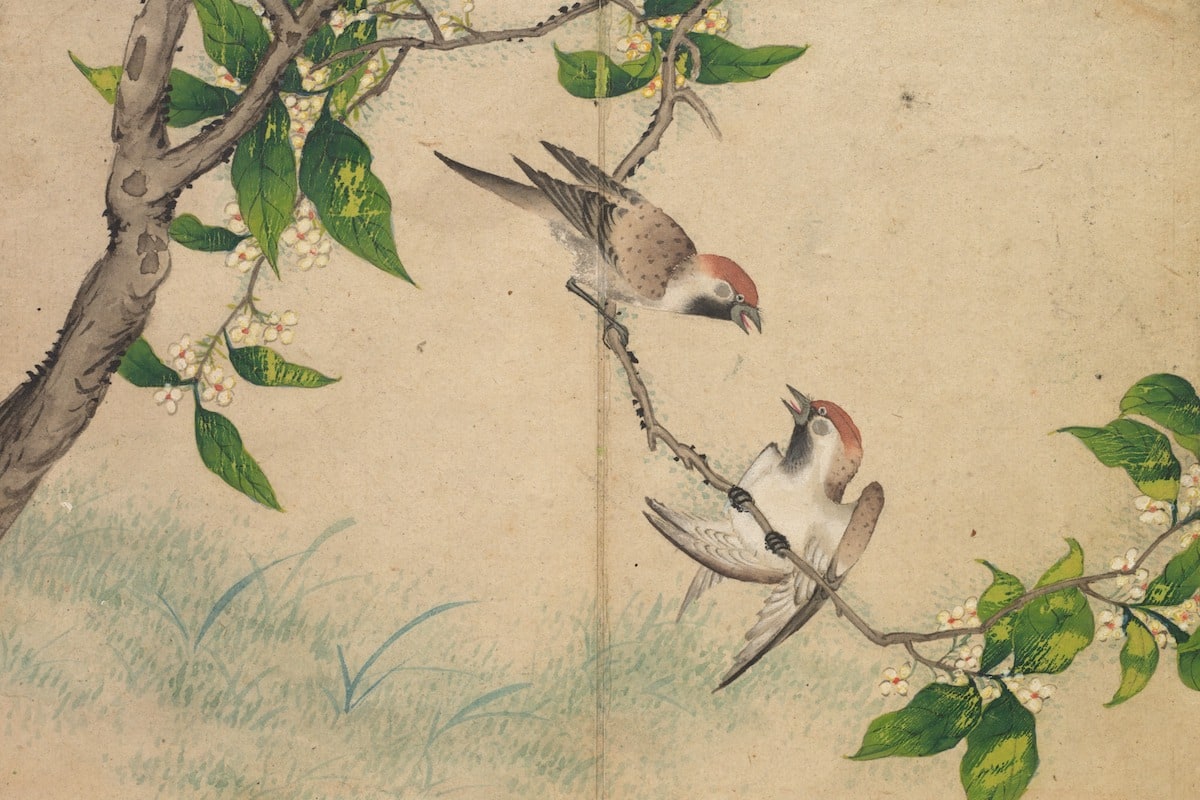 First, just take a look at the “translated” play—and try reading it aloud!

OK, now I can explain.

Fågelsång is Swedish for “birdsong”. I learned it when I picked up a record from a second-hand store: Nära Naturen (1977) by Jan Lindblad, who had a talent for imitating birds by whistling. Most impressive is the track “Morgonvandring med Fågelsång” (“Morning Walk with Birdsong”), on which he imitates 17 different species, from woodpeckers to cuckoos.

But the actual impetus for this project was learning about “warblish”—the imitation of bird sounds using existing language. A classic is the barred owl’s who cooks for you? who cooks for you-all? Some birders know dozens of these mnemonics. Spend enough time alone in the woods and your mind would run amok too.

Along with nonsense sentences, another way to mimic birds with language is onomatopoeia. This is what you often find in field guides to help with identification. In some places the actual names for birds are based on their calls. For instance, the Anangu of central Australia know the little crow as Kaanka and the galah as Piyar-piyarpa.

My first attempt to create a birdsong-inspired work used GPT-3. I crafted prompts to translate random onomatopoeic strings into warblish. But the hit rate was abysmal—that is, the computer-generated warblish sentences sounded nothing like the input onomatopoeia. In the process, I realised that even if it was 100% “accurate”, the results would be nonsense. Without knowing the input that produced the output, it would have no meaning.

Nonsense in generative texts is par for the course, but at the least, you want to generate interesting nonsense. Warblish was out. However, a play composed entirely of onomatopoeia? That could be fun to read and say out loud. Aristophanes understood this!

I prepared a Project Gutenberg version of The Birds (a thematically appropriate Ancient Greek play) by deleting its metadata, footnotes and line breaks. Then, I created a program that would split words into syllables (keeping vowels to preserve pitch) and randomly lengthen vowels and repeat syllables and lines (to introduce an avian cadence), while keeping leading letters and punctuation (to preserve a shred of the original meaning).

The resulting translation is just an example. Using my program, you can translate any text you can imagine into fågelsång.

A note for the twitchers among you. Unsurprisingly, there’s no universal method for transcribing bird sounds. My priority was capturing pitch and rhythm, so I didn’t try to keep the orthography consistent. That said, I (loosely!) based the sound substitutions on the lexicons in my Morcombe & Stewart field guide and the wonderful book Aaaaw to Zzzzzd by John Bevis.